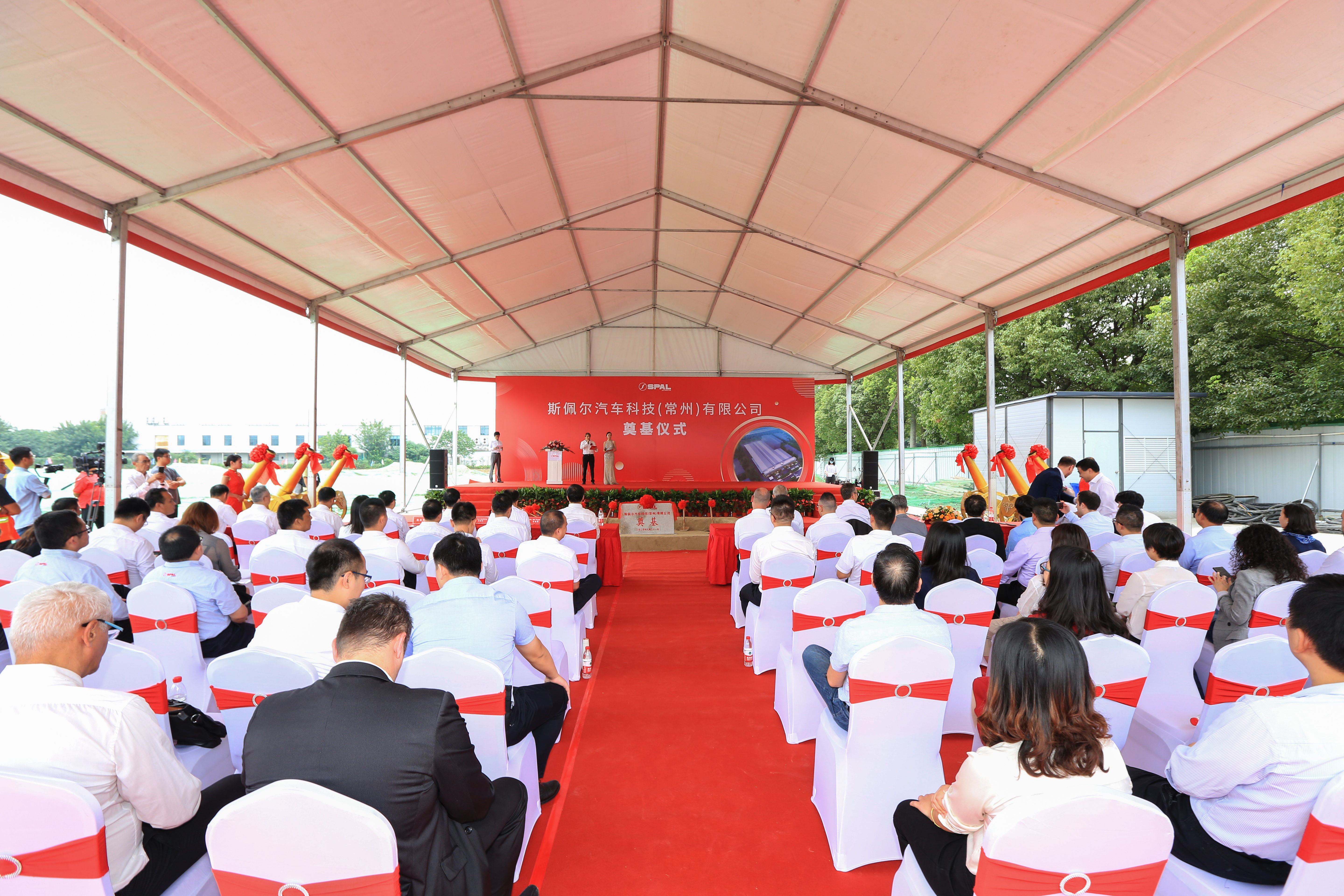 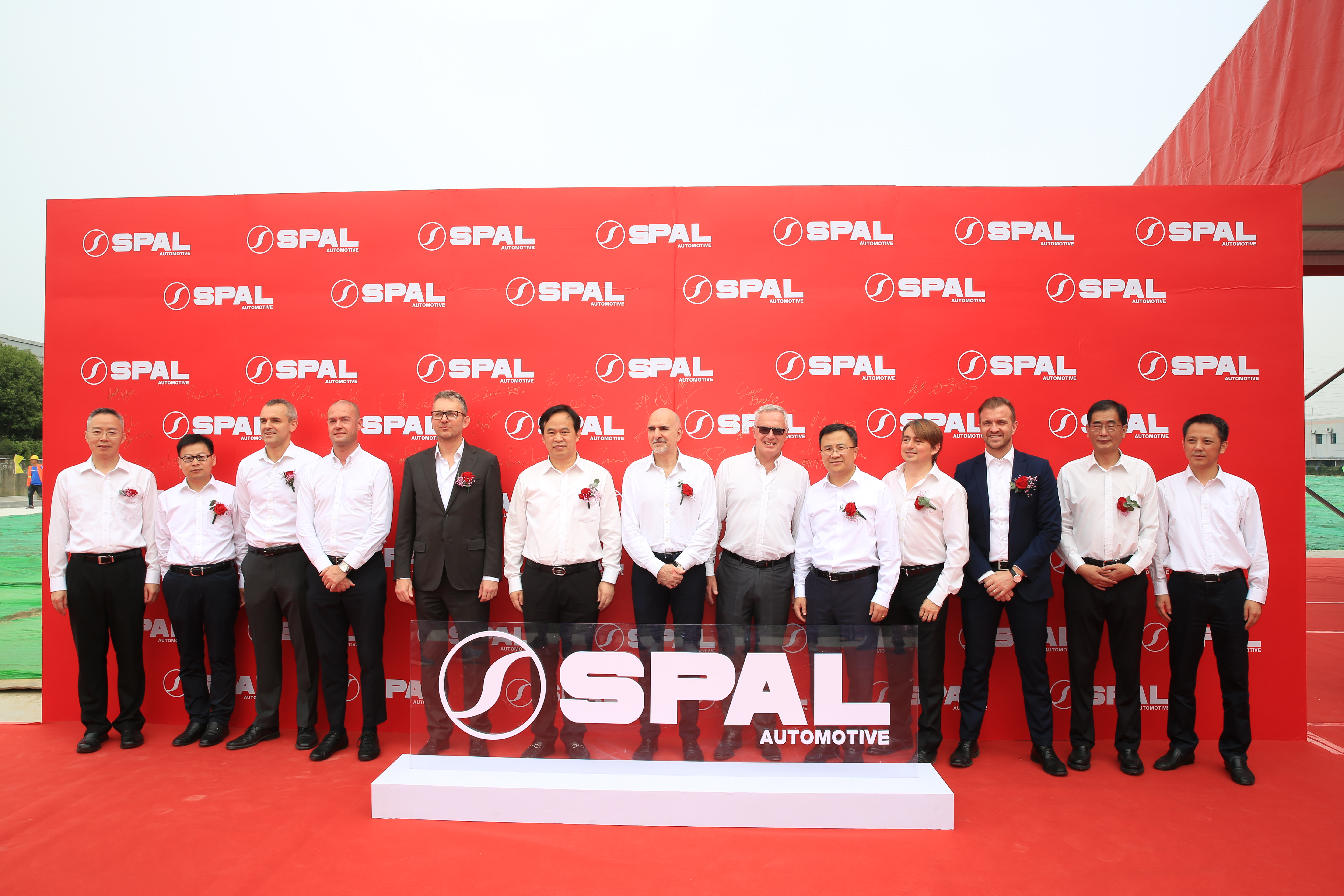 Mr. Lorenzo Palombi, General Manager SPAL Automotive Technology (Changzhou) Co. Ltd. announced the beginning of the ceremony by welcoming all the guests and introducing distinguished guests to the attendees.

Mr. Jorgen Jonker, Chairman of SPAL Automotive Technology (Changzhou) expressed his warmest welcome and sincere thanks to all the guests on behalf of Mr. Alessandro Spaggiari, the owner of SPAL. He also introduced SPAL AUTOMOTIVE to the audience:

Established in 1959 in Correggio, Italy, SPAL is a privately owned company focusing on design, production and sales of fans and blowers for the automotive and off-highway industries. SPAL is renowned to be the world leader in high tech and high performance products for mission critical applications when the fan “cannot fail”.

SPAL entered China in 2001 by establishing a trading company in Shanghai Free Trade Zone. Since then SPAL has supported and grown with China economy development by providing mainly in the car, bus and construction machinery markets with an increasing focus on the new energy fields such as, hybrid, pure electric and fuel cell solutions.

He further added that “This plant to be built is the first manufacturing investment of USD52.8 million in PRC and a sign that SPAL is committed to be rooted here and to continue to contribute and participate in China’s economic and social development. This decision to locate our factory here in Wujin National High-tech Industrial Zone, Changzhou was made not only because of the convenient location, good transportation infrastructure, available talents but also because of the significant support from the local government that have been very professional and efficient in responding to our questions and needs.”

Mr. Carlo D’Andrea, Vice President at European Union Chamber of Commerce in China (EUCCC) gave his congratulations on SPAL by recalling of his first days in Changzhou right after he arrived in China. He is very happy to see SPAL develop successfully in Chinese market and will have a site in Changzhou.

Mr. Chen Jianhui, Vice President of Jiangsu Nantong No. 2 Construction Engineering Group, with which SPAL is teamed up for the new plant construction, expressed his congratulations to SPAL and his heartfelt thanks to the governments for their efforts in the pre-project work and quality services. He firmly believes that SPAL's new plant project will be a complete success.

Mr. Michele Cecchi, Consul General of Consulate General of Italy in Shanghai expressed his appreciation for Changzhou’s continuous support to Italian companies and for the commitment for building an open and innovative business environment.

He further added, “These intense industrial and technological exchanges are sustained by the very positive framework of the Italy-China bilateral relations. Year 2020 we celebrate the 50th anniversary of the Italy-China Diplomatic Relations. Jiangsu and Changzhou are privileged partners in this process: Jiangsu is one of the most important trade partners of Italy, and Changzhou hosts some important Italian productive investments. We are glad that the Italian presence in Changzhou will become even stronger with the new SPAL plant which is scheduled to start its operations at the end of next year and will boost SPAL’s production capacity in China.”

Mr. Hang Yong, Vice Mayor and Secretary General of Changzhou Municipal People’s Government expressed his welcome to SPAL in Changzhou. He said, “We believe that with SPAL’s strong strength and Changzhou’s superior business environment, SPAL will become a wonderful name card of Changzhou Intelligent Electric automobile industry development. We sincerely hope that SPAL and Changzhou can carry out more in depth, comprehensive and diversified cooperation, and jointly form a good situation of mutual complementarity and mutual benefit.”

The groundbreaking ceremony ended with distinguished representatives jointly waved the shovel and shoveled the first soil of the plant.

Mr. Lorenzo Palombi expressed his thanks again to all the guests for their continuous support that enables us to sit here together to witness the kickoff of SPAL new plant construction.