The China-Italy Chamber of Commerce (CICC) is glad to inform you that the webinar on the Interpretation of Shanghai's 28 Support Measures was successfully held on 12th of March. 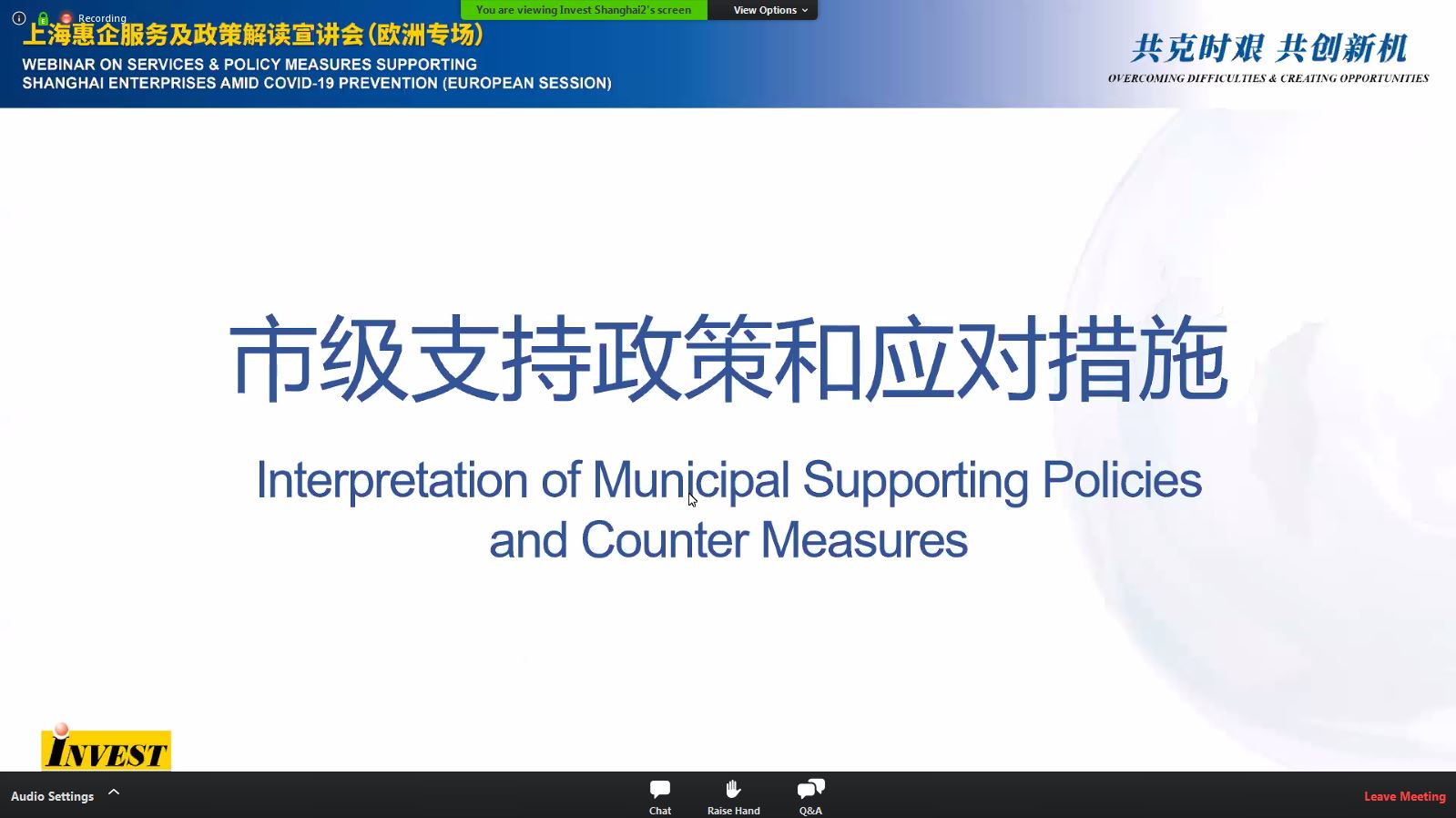 The webinar aimed at providing an informative session about 28 measures announced by Shanghai Municipal Government to support businesses amid the COVID-19 outbreak, to promote investment and stabilize economic development.

The meeting started with the welcome greetings by Mr. Xue Feng, President of Invest Shanghai, followed by representatives from the major Chambers of Commerce of European countries, who shared their concerns about this current situation: 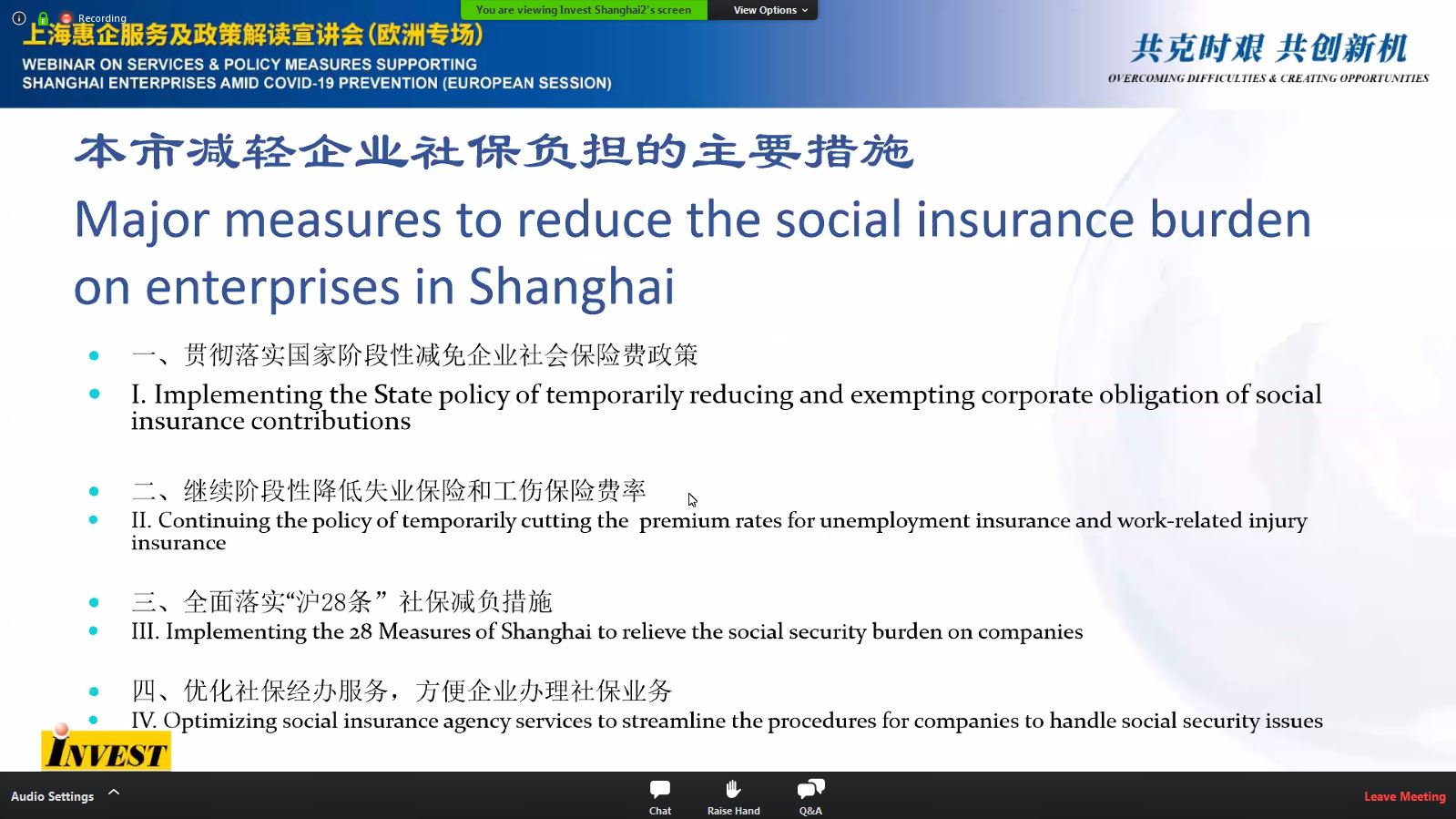 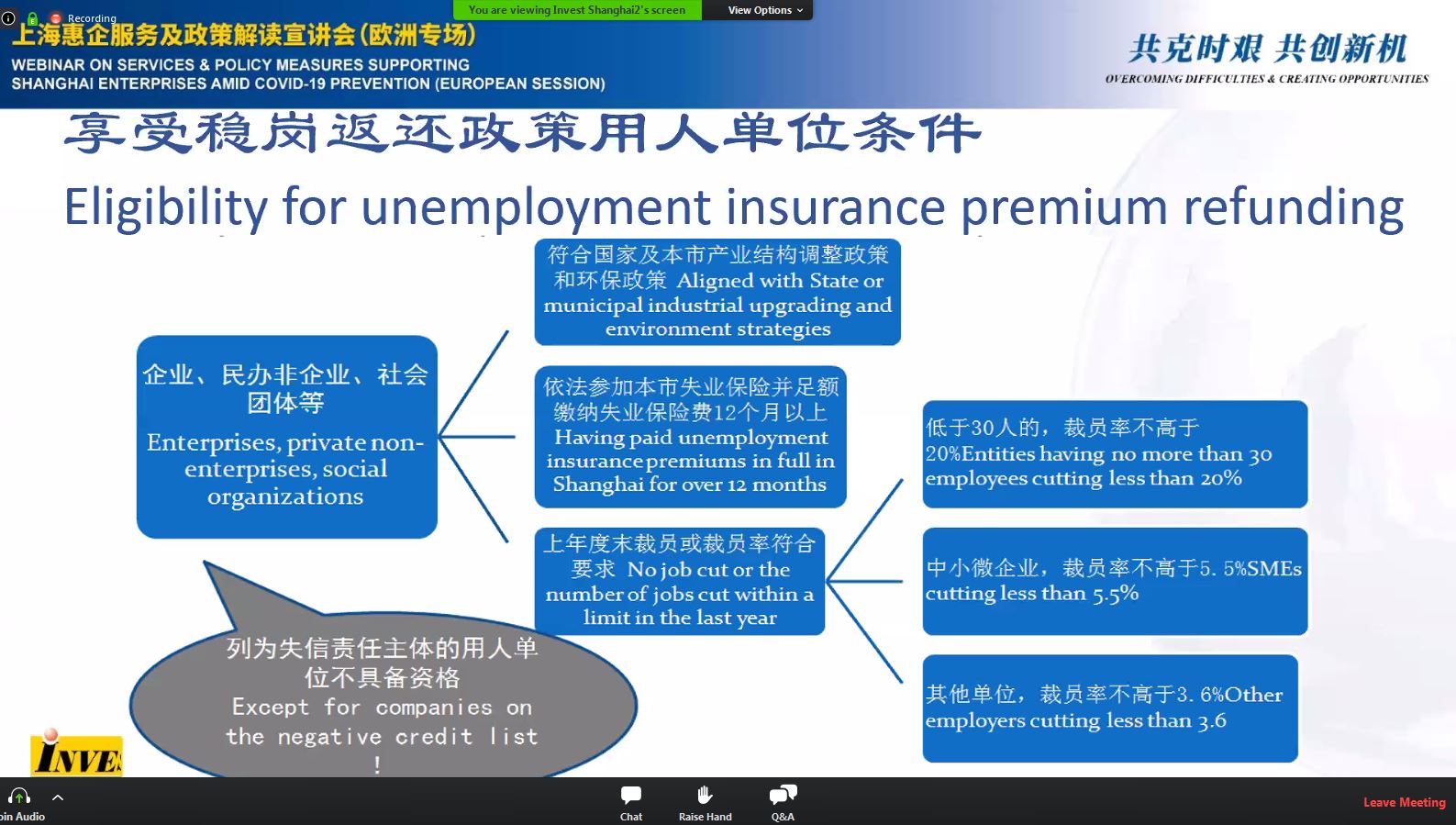 The event continued with a session dedicated to give an introduction of district Policies and Cases:

The webinar was followed by a Q&A session, during which participants had the opportunity to address their questions to the panelists.