The China-Italy Chamber of Commerce (CICC), together with Assolombarda and the precious support of Fondazione Italia-Cina, Camera di Commercio Italo Cinese, and AICE (Agenzia Italiana Commercio Estero), organised the presentation of the 2019 Business Survey's results.

The event was succesfully held on the 23rd July at Assolombarda’s headquarter in Milan and it witnessed the great participation of people representing Italian Institutions and firms interested in the evolution of the Italian business sector within the Chinese market. 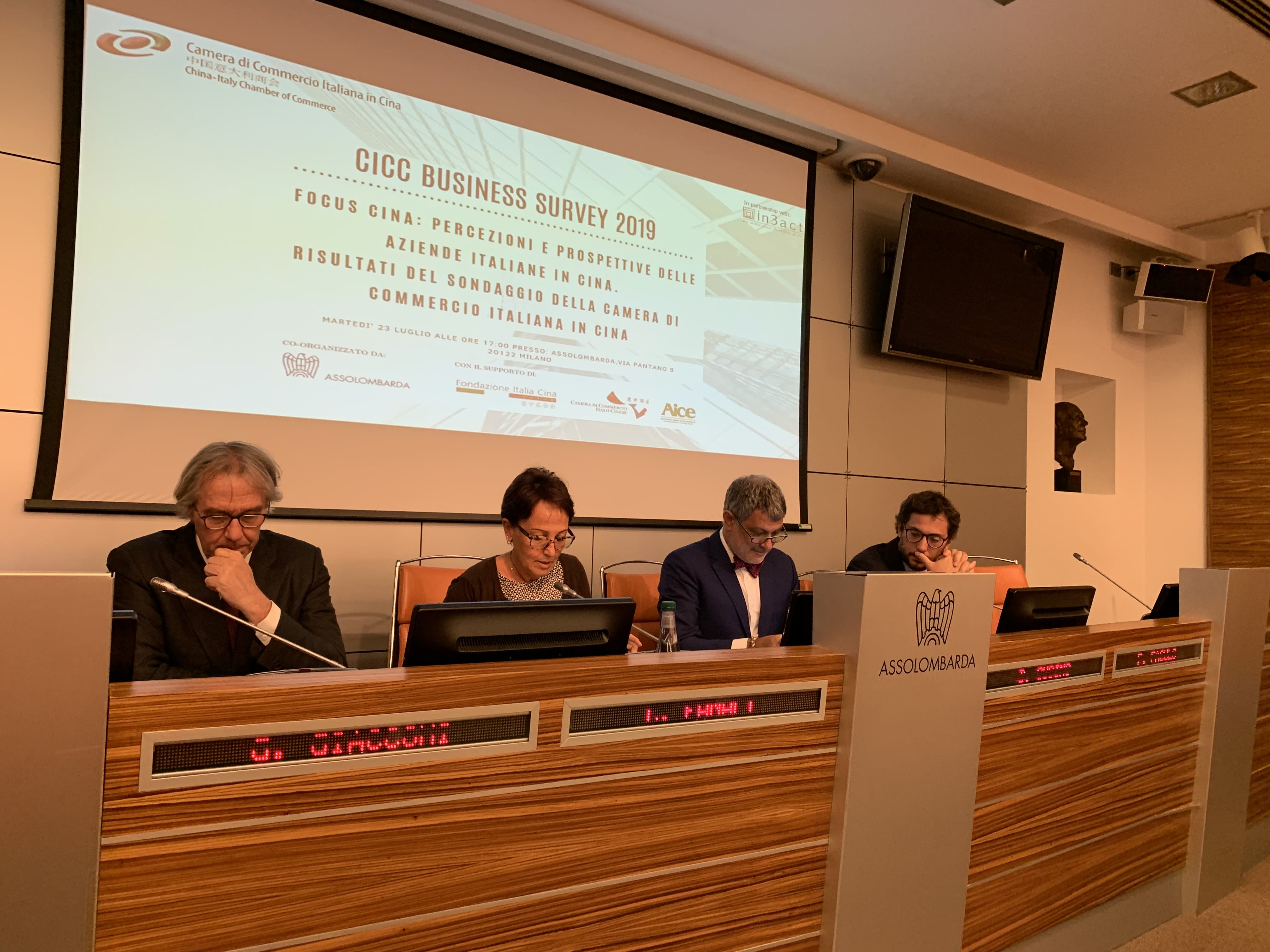 The 2019 Business Survey’s results were depicted by Mr. Guido Giacconi, CICC Vice-Chairman and In3act Chairman (company which supported the CICC in the Business Survey planning). In particular, Mr. Giacconi highlighted how, with respect to 2018, the Italian firms participating in the Survey, reported a slowdown in revenue growth, but also a large improvement in profits.

However, although the USA-China economic tensions had a negative impact on the Italian business sector, the 2019 Business Survey stressed the importance of the new Chinese economic-trade links such as, for example, Made in China 2025 and the Belt and Road Initiative (BRI). In this regard, although the 30% of the sample states an increasing feeling of economic-discrimination within the Chinese market sector, thanks to the BRI Memorandum of Understanding signed in Rome on March 2019, the majority of the surveyed firms believe this will have positive impacts on future Sino-Italian economic-trade relations. 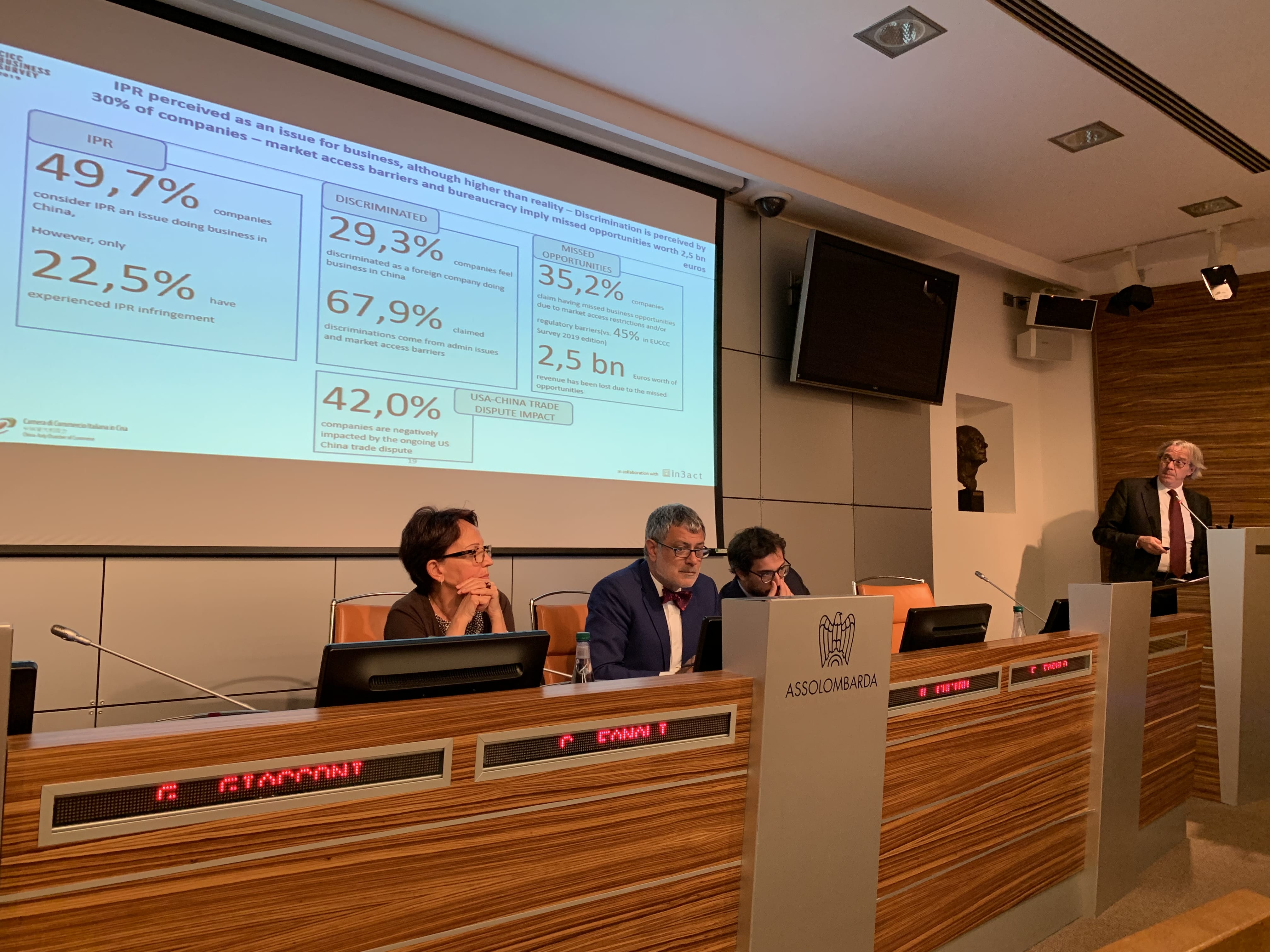 Following this depiction, Dr. Filippo Fasulo, CeSIF Director (Centro Studi per l’Impresa della Fondazione Italia Cina), gave to the public a glance on the new opportunities that Italian firms interested in the China market could seize. Indeed, thanks to the analysis of the current domestic and external challenges that China must face, such as the economic growth slowdown and the aforementioned economic tensions with the USA, Dr. Fasulo outlined in which way the increased Chinese middle class living conditions and population ageing open a window to the growth prospects of the domestic demand within the luxury and pharmaceutical key sectors, as well as on the huge R&D investments carried out for increasing the quality of the industrial production. 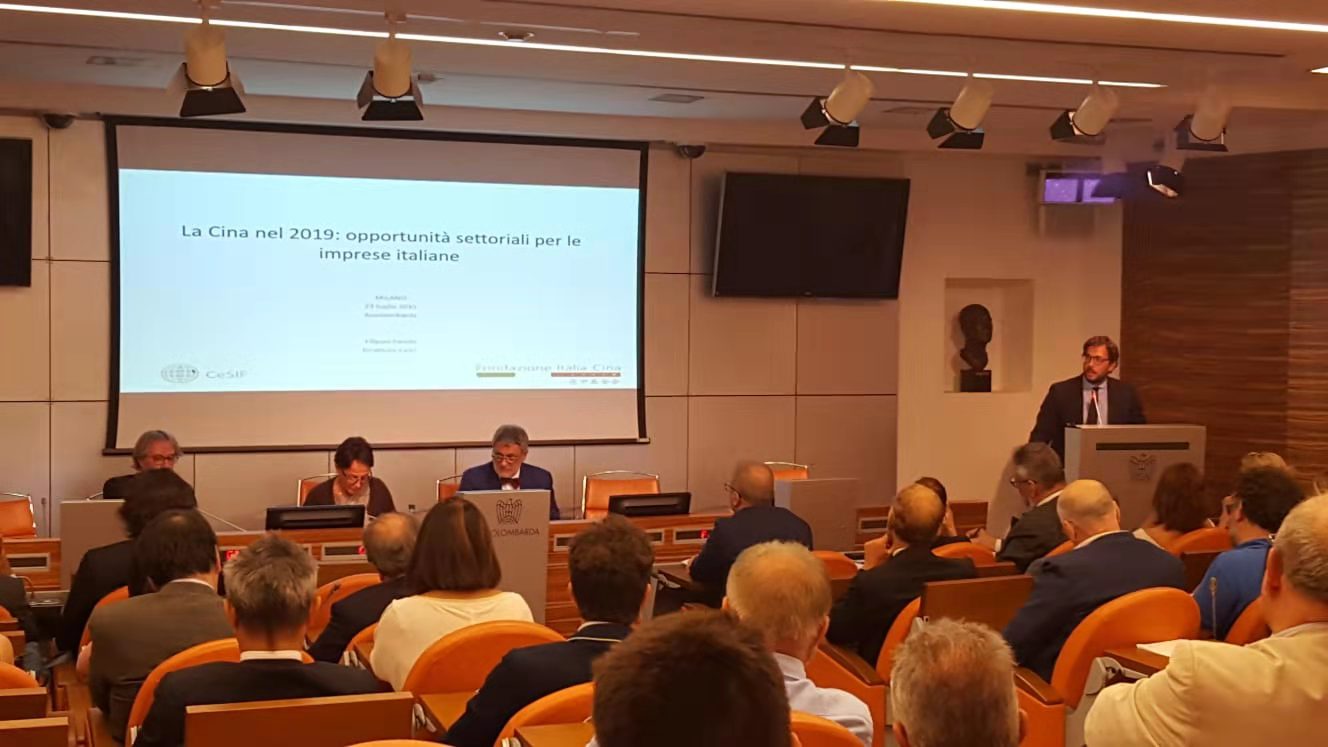 The event was concluded by a debate moderated by Mr. Marco Bettin, Operative Director of Fondazione Italia Cina, among Mr. Cucino, Dr. Fasulo, and Mr. Giacconi who shared their opinions and visions together with Mr. Fabrizio Grillo, International Relations Director at Bracco S.p.A. 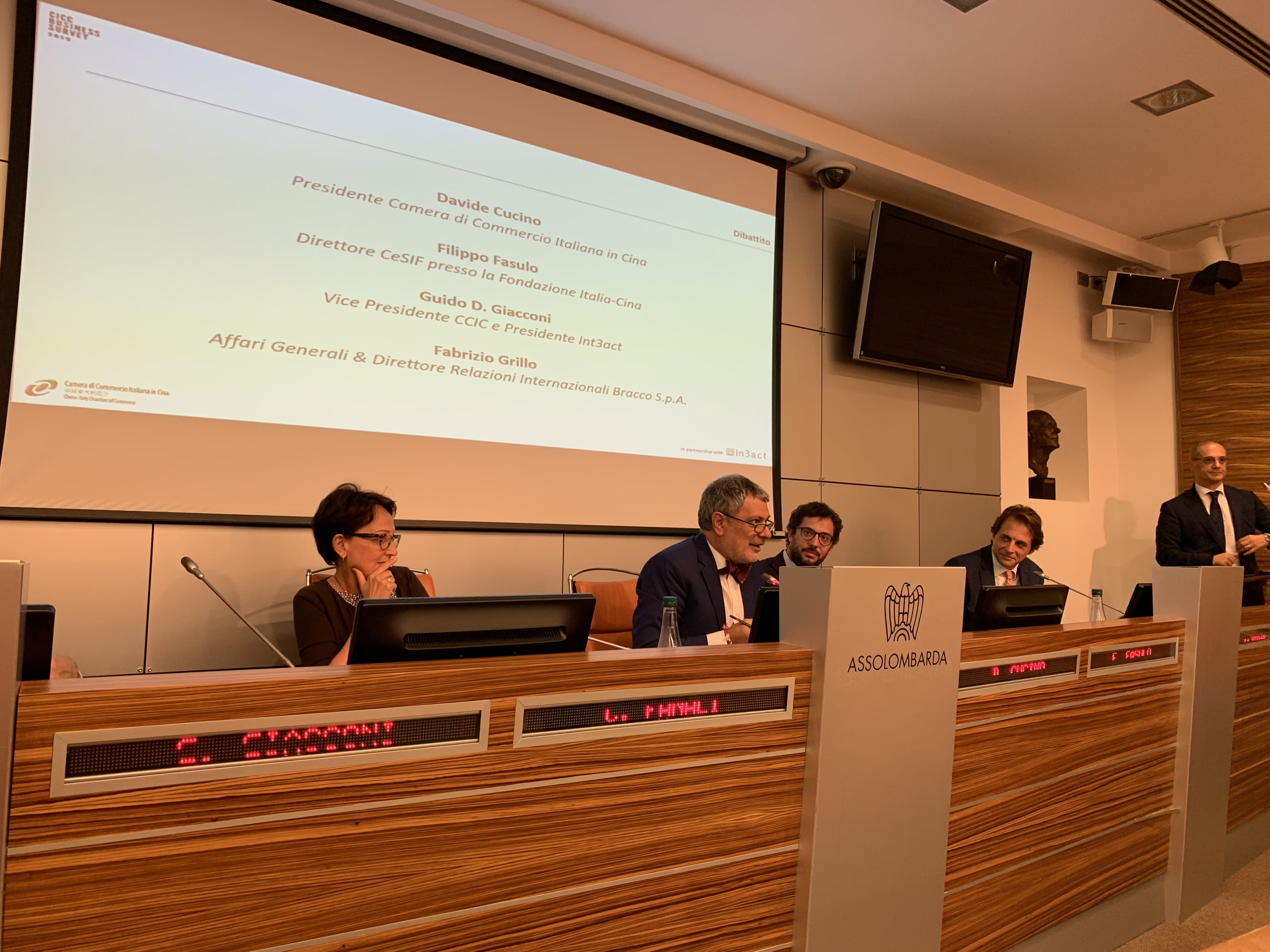 CICC expresses its gratitude to Assolombarda and all the partners, speakers, and participants that contributed to the success of the event.

Following, the article of Assocamerestero and the Press Release.