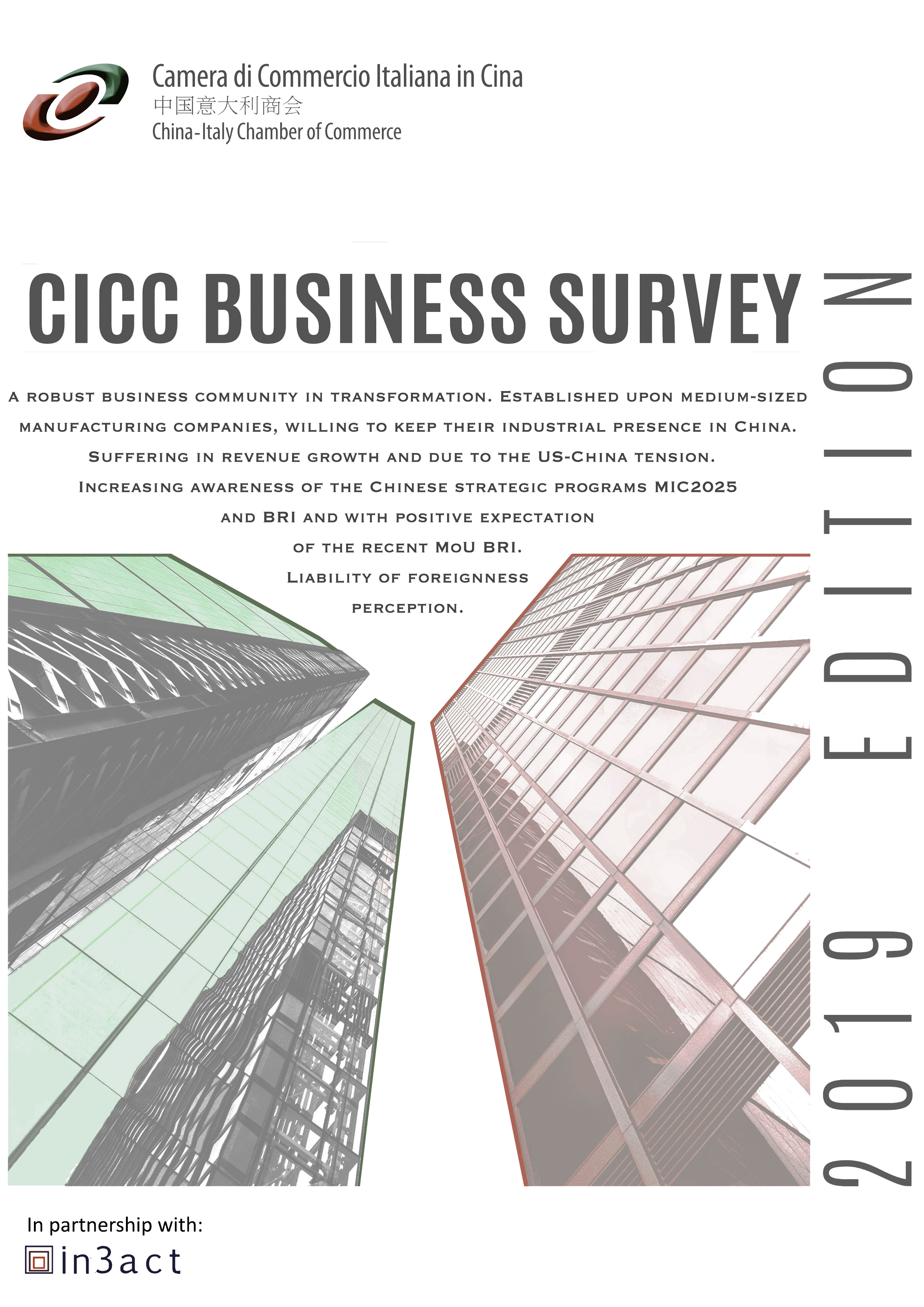 A robust business community in transformation. Established upon medium-sized manufacturing companies, willing to keep their industrial presence in China. Suffering in revenue growth and due to the US-China tensions. Increasing awareness of the Chinese strategic programs MIC2025 and BRI and with positive expectation on the recent MoU BRI. Liability of foreignness perception.

The results of CICC Business Survey 2019 were presented today by CICC Chairman, Davide Cucino, and CICC Vice Chairman, Guido Giacconi. The survey was carried out by CICC in collaboration with the strategic consulting firm In3Act, with the main purpose to deepen the knowledge on the Sino-Italian business community and to investigate its attitude towards the future perspectives on the business activities in China.

The survey was conducted during the period May-June 2019 on a sample of 206 Members of the business community. The choice to limit the sample to CICC Members and former Members – thus reducing the number of addresses contacted to 929 vis-à-vis the approximately 3,000 of the previous year – ensures increased quality, reliability, and relevance of the answers. The total number of responses corresponds to 53.6% of the current membership base, compared to 51.8% in 2018: an exceptionally higher redemption compared to other Chambers in China (about 50% on CICC Members). Over 60% of the companies in the sample are Wholly Foreign-Owned Enterprises (WFOEs) and have been present in China for over ten years. Moreover, there has been a significant increase in respondents operating in the tertiary sector and a slight decrease in manufacturing. Although the average size of the companies that took part in the survey has grown compared to the previous year, large Italian multinationals are still under-represented in China. 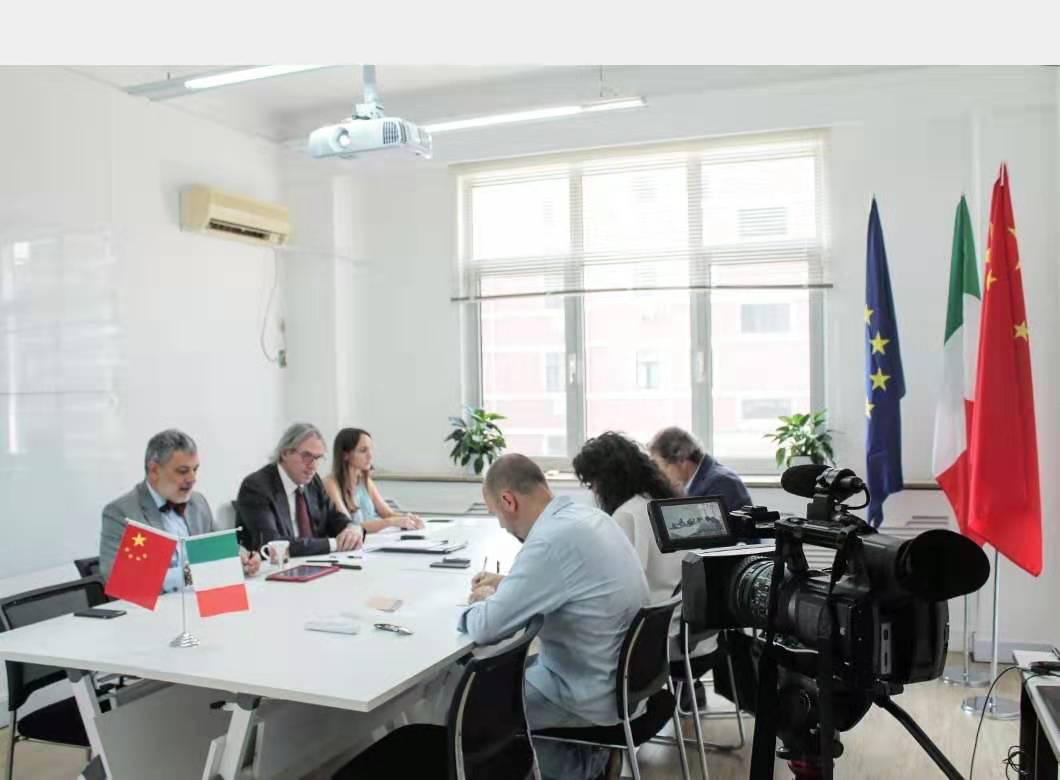 In 2018, despite a growth slowdown with respect to the previous year, the companies recorded increasing gross profit margins- EBITDA and EBIT - during the same period. E-commerce still represents a marginal component of the turnover of Italian companies, in spite of the spiking importance of the sector in China. While only one fourth reports a violation, half of the companies analyzed believe that intellectual property rights in China are at risk. Three out of four say they do not have a center for research and development in China with obvious consequences on the number of patents and utility models registered with local authorities.

About 30% of the sample feels discriminated as a foreign company in China, mostly due to administrative issues and alleged market access barriers – whose cost could amount to more than 10% of total revenues (estimated at around €2.5 bn). Specifically, the main concerns of Italian companies seem to be the increase in labor costs and the uncertainty of the Chinese legislative framework.

There is also a certain optimism regarding the reform path undertaken by the country - especially towards the Made in China 2025 business plan. Likewise, the opportunities presented by the Belt and Road Initiative and the signing of the Memorandum of Understanding between Italy and China will have a "very positive" impact on business in China, according to the majority of respondents.

Finally, the responses to the survey indicated a growing satisfaction with the services offered by the CICC.  In particular, Members and former Members recognize the importance of info-training events and networking opportunities offered by the Chamber of Commerce.

While presenting the results, Chairman Cucino highlighted that “the second edition of the survey allows us to measure the changes experienced in China by our companies in a turbulent period for the economic growth of the country, as well as the problems that emerged due to the dispute with the United States. The goal in the future is to make it an important tool to promote the visions and interests of Italian companies in China."

Click the following links to read the articles by Agenzia Nova and Rai ( at 7'30'' ).

To read the results of the CICC Business Survey 2019 click here.